Back to 2b site

Continuous integration (CI) / continuous delivery (CD) is a model that allows software development teams to automate the integration and delivery of code changes in a more frequent and reliable manner. This gives development teams more time to improve the quality of their code, test with greater depth, and leads to more customer deployments overall.

What are the benefits of CI/CD?

For the software development team, there are several benefits that come with CI/CD. These include:

Rapid deployment: Automating the software release process allows code to be automatically built, tested and released for production, which ensures rapid delivery without compromising on security. Better quality code:    With the continuous delivery process, tests are done more frequently, so any bugs in the code are discovered and addressed early on, rather than closer towards production. Tests like these examples from AWS lead to a higher quality of code being delivered thanks to rapid feedback and fixes.

At 2bcloud, we support customer in implementing CI/CD using AWS Code Pipeline. As AWS’ definition, this is a service that builds, tests, and deploys your code every time there is a code change, based on the release process models you define.

To accomplish a CI/CD flow in AWS, the customers must implement the following steps: 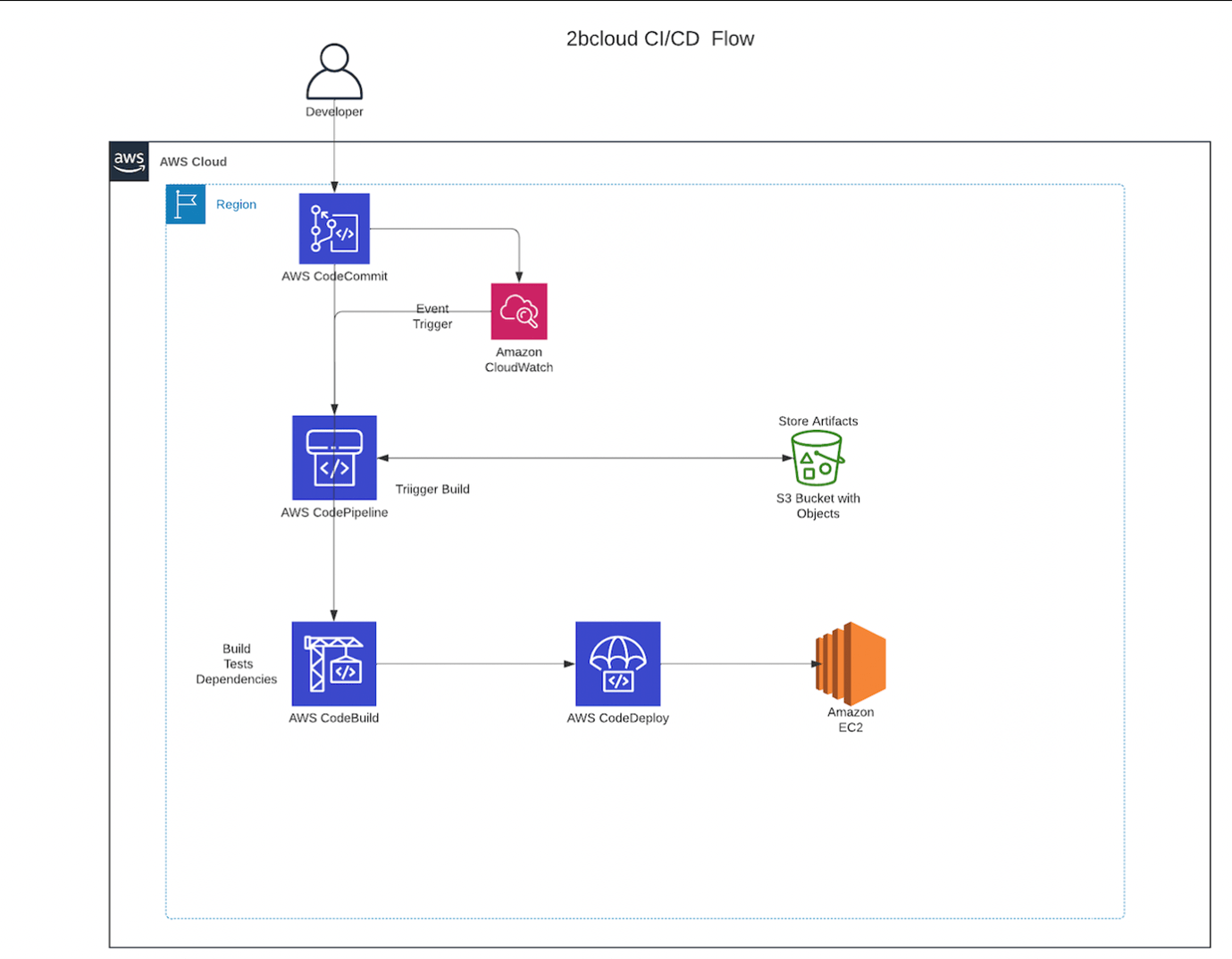 With the client’s account and CI/CD pipeline flow set up, a developer commits new code for an application. The code is pushed into the code commit stage of the flow, and the repository immediately triggers the pipeline with an AWS Cloud Watch event trigger.

The pipeline downloads the newly committed code from the code commit repository, and with the right IAM roles and permissions assigned to invoke further actions, it initiates the build phase, runs tests, downloads dependencies as needed, using the code build. The artifacts built are then saved on the s3 bucket created and attached to it.

With the build stage completed successfully, the code deploy stage is then triggered to deploy the application in a development or sandbox area for further tests. Finally, it’s pushed to the production area for customer consumption.

Take the first step toward mastering your cloud

Let’s discuss how we can help you make the most of your cloud.